I made these dumplings twice now before writing about them, and let me just tell you that these are absolutely magical. If you are a fan of truffle salt or oil, you will love these. If you never had truffle flavored anything, you need to try these, especially if you are a mushroom lover.

My friend Cassandra and I were inspired to make these when we had them during my bachelorette party last August. I was taken to this amazing Japanese restaurant called Koi in Bryant Park (Manhattan).  They’re expensive at $20 for 4-5 dumplings, but my friends and I found these so irresistible that the price tag simply didn’t matter. Side note: If you’re ever at the restaurant, I also recommend the Foie Gras on Seared Tuna with White Truffle Oil as well. 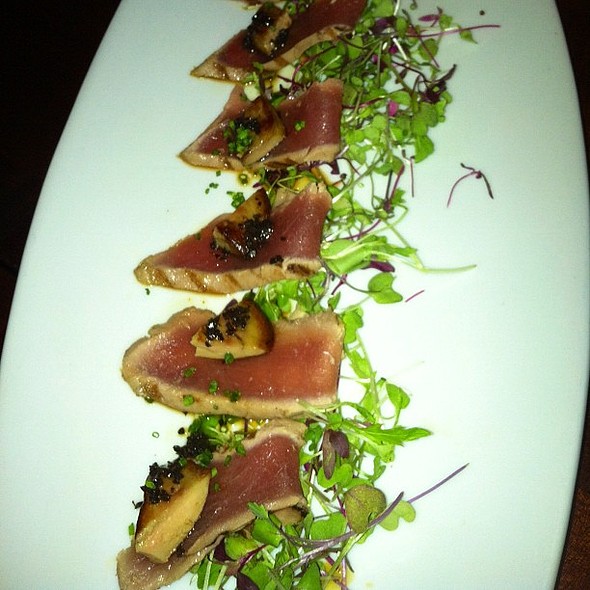 Of course, learning to make these at home has been very much worth the investment! These dumplings are life-changers.

If you have never eaten anything made with truffle oil, you are missing out! It is a distinctive earthiness that is really hard to replicated without it.  What’s trendy lately is truffle oil on French Fries. Those are fantastic.

**A cautionary note on Truffle Oil, however–you should never use too much, and you should never use it to cook. It should be a finishing product–you drizzle/sprinkle a little at the end. In the case of these fabulous dumplings, they are a part of the emulsion process, but the truffle is never used to, let’s say, fry the dumplings. The oil is too expensive to waste, and it can easily become overpowering if you use too much.

If you’re not sure where to get Truffle Oil or Truffle Salt, I would go to a more gourmet grocery store such as a Whole Foods or Wegmans. If your area does not have truffle oil or salt, Amazon has good quality and well priced truffle oil and salt as well.

The mushrooms, enoki and shiitake, are best found in Asian grocery markets, but usually a higher end grocery story would have these as well. Shiitake are relatively popular and will be easy to find dried. If you can’t find these mushrooms, you can omit these, but I personally think mushroom’s natural earthiness play well with the truffle-forward flavor of these dumplings.

The sauce of choice is sake butter, and like it sounds, it’s simply Japanese rice wine,  dry Sake, and butter reduced in a pan. We add ginger and a bit of lemon for freshness. It’s dynamite. If you don’t have sake, you can simply do a ginger-butter sauce and do fine. This recipe is forgiving with omission. The one thing you cannot take out of these dumplings is the truffle salt and oil–everything else is recommended, but not mandatory.

For $20 for 4-5 dumplings, what adds the luxury is the seafood: at Koi, they serve these dumplings with lobster. We decided to substitute lobster with langostino for cost-effectiveness reasons, but I personally would say that scallops would be my meat of choice second to lobster for this dish. Again, you could choose not to put seafood in here and just eat the dumplings, but it does add to the allure of this dish.

This dumpling recipe we found was from the head chef at Koi, but we made tweaks that we thought would be more practical for the consumer (for example, the recipe calls for actual truffle which, if you were able to find it afford it, costs about $5,000 for a pound). Because we actually ate these dumplings at the restaurant, we were able to tweak until we completely got the right flavor. Cross-referencing and having the best version of a dish is the best way to re-create a masterpiece.

These recipe is a great make-ahead as it is a little bit of tedious work, but you can yield so many dumplings that you can boil them up for a party in no time. It takes about two minutes in boiling water to cook the dumplings themselves, and the sauce comes together in about five minutes.

Click here for the video demonstration of the dumpling fold.